Among the things we hate about work (besides working), meetings are very high on the list, perhaps only below early and on Mondays. They are boring, they get longer, no conclusion is reached and in half of them it is just talking .

There have been some attempts to try to find a solution to the meetings. The proposals are not perfect and can not even be applied all at once, but at least there are methods that can make the experience not so horrible. Normal: there is room for improvement.

1. A maximum duration of 15 minutes. Many companies choose this time limit. If a meeting lasts longer it is very possible that it has not been well planned and that everyone is already in the bush.

And also because when we are tired we do not know how to make correct decisions, as explained by Roy F. Baumeister and John Tierney in Willpower . After making several decisions in a row, there comes a point where we no longer have any strength or criteria and opt for the easiest. For that reason, explains Baumeister in his book, car dealers give us a lot of options to choose from and the chocolates are next to the box in the supermarket: “Smart sellers often find ways to take advantage of the fatigue of decision . ”

It is not the only advantage that the meetings are brief. As reported by Lisa Belkin in the New York Times , an American worker spends 45 hours a week working and describes 16 as “unproductive.” Many of them in meetings: 5.6 hours and 71%, “are not productive”. Another study talks about 31 hours a month lost at meetings, and half of them are considered useless.

The problem is that many companies continue with the idea that heating the chair is the same as working and a two-hour meeting in which nothing is achieved, it is also work. As the authors of Reinicia write , every minute you avoid spending in a meeting is a minute in which you can really do work. Or, better, to go home at your time .

2. Everyone has to stand. The scrum meetings and Agile method have become fashionable in recent years and in technology companies, but meet up is not as novel as it might seem: this article the Wall Street Journal notes that the origins of these meetings would be in the First World War and cites a 1998 study according to which the absence of chairs makes meetings last a third less. Of course, the same article warns that many cheat and (horror) support. These meetings are not good for everything. They are designed above all to be held in the first hour and answer three questions: what has been done since yesterday’s meeting? What is going to be done today? What obstacles stand in the way of your work?

3. Clear objectives. The meetings are made for a reason, such as answering the three questions mentioned above. The issues to be discussed must be well defined and the person in charge of leading the meeting must know how to focus the conversations. The longer conversations have to be moved to another time to avoid talking about irrelevant issues or being forced to explain to one person what others already know. In fact, the scrum method also contemplates the possibility that in a meeting there are people with the right to speak and another who only attends to listen . In addition, and picking up another of Reinicia’s complaints , we must avoid abstract concepts and discuss topics as concrete as possible.

4. No more than ten people. That is the rule of Google . According to what company we speak, even ten may be too much, but it is a good idea to put a maximum number of attendees: that way only those who really have something to contribute will go and it will also be more difficult for the meeting to be extended uselessly.

5. You have to take notes by hand. It is not about romanticism, but about preventing people from going to meetings with their cell phones, laptops or tablets , and spending half the time answering emails or playing at Monument Valley . First, because to read the press when nobody looks, it is not necessary to set up a meeting, everyone can do it at their table. Second, because any loss of attention from someone can mean a question that leads to repeat information and that the meeting is even longer than necessary.

Obviously, there are exceptions: for example, in meetings via Skype or Facetime. In that case, okay, you can use your electronic device.

6. No powerpoints. One of the tips that consultants usually give (they are gentlemen who do not work, but they tell you how to do it) is that everyone has to read the documentation they play before the meeting. If we have read the reports and emails on the subject that corresponds, we can get to the point.

The reality is that nobody does it: everyone trusts that others do it and to be able to pass the time in silence making little pictures in the notebook (because a while ago we have banned mobile phones). So it’s still a good idea to follow Jeff Bezos’ proposal: there are no presentations with drawings and star wipes at your meetings, but a six-page report that everyone reads at the beginning. And in silence .

Advantages: a six-page report is an articulated speech that makes it harder to sell smoke. And everyone can read it in silence and meditate it well before discussing it. Disadvantages: the meeting will last more than fifteen minutes and can hardly be done standing up.

7. Another tip from Google: do not wait for a meeting to make a decision. It is one of the worst habits of many companies: someone has an idea and can not start it (or discard, of course) because first you have to hold several meetings with the corresponding departments. The process lengthens and just when you are about to retire you are informed that you have approved your zeppelins airline. If it is essential to make the decision in a meeting, it must be held as soon as possible.

8. Do not do them. It is the most tempting option, no doubt. Could not we all save them? Today there are emails, intranet, chat programs and tools for everyone to be informed of what happens without the need for anyone to lose more time than necessary. But it’s not so easy.

According to a study quoted in The Org , CEOs gather most of the information they need to run the company “through conversations”, and not reports and emails, because face to face is more difficult to make up the reality (a not to fall in the rally). Another study collected in the same book, provides data from their agendas compiled by personal assistants of CEOs, who spend 32 of their 47 hours a week at meetings or public events.

How can the terms and conditions of an employment contract be changed? 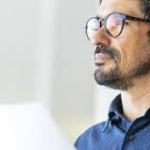 How can the terms and conditions of an employment contract be changed?

December 29, 2022
Things to Consider Before Applying For Credit 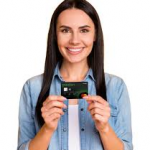