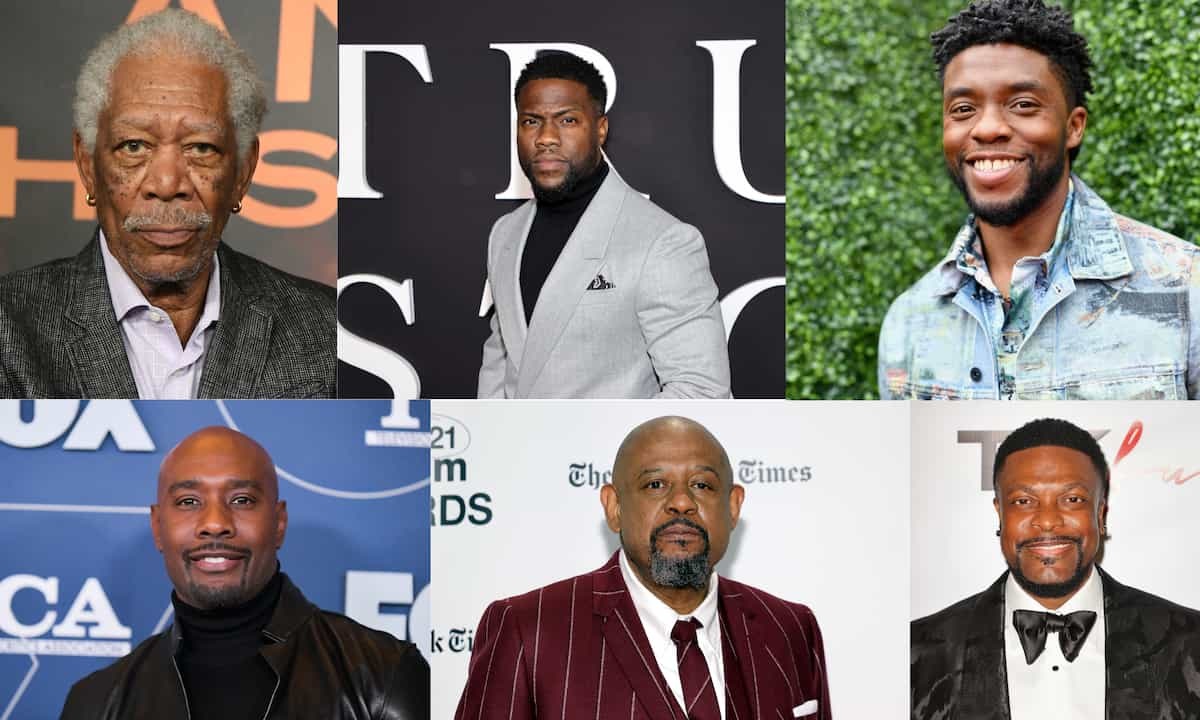 Once discriminated against or relegated to the background as secondary actors, but today the actors of color are sweeping Hollywood and it is difficult not to appear in any film. Here we present some icons of the last 50 years that have reached stardom and are great idols and a reference in Hollywood for all types of audiences.

Morgan Porterfield Freeman has behind him an intense film career with films like Million Dollar Baby in 2005 for which he won an Oscar, and great success in films like Brubaker, Seven, along with  Brad Pit, Perpetual Chain, or Nuclear Panic among others many .

Actor and director, Denzel Washington was  born in Mount Vernon, United States in 1954 with a career full of successes, with 2 Oscars, 2 Golden Globes and many other awards. He immortalized films such as the Pelican Report, Hidden Plan with Clive Owen, American Gangster, directed by the Englishman Ridley Scott, The Messenger of Fear and so on, until overcoming a score of highly successful films. Without a doubt a race of successes that have consecrated him as one of the best actors of the time.

Will Smith , born in Philadelphia in 1968, rose to fame in the wake of the famous TV series “The Prince of Bel-Air.” Later he went to the cinema with box office records with films like Men in Black, of which 3 films were made due to his great success. In “Ali” he gives life to the famous boxer Mohammed Ali, for which he was nominated for an Oscar as best actor. He has been nominated for 4 Golden Globes, 2 Oscars and a Grammy Award.

Eddie Murphy was born in New York in 1961 and has been an artist in various genres such as music, humor, comedy and mainly film. Highlights movies like Superdetective in Hollywood or A Prince in New York. He has also done dubbing in films like Shrek.

Born in Whasington in 1948,  Samuel L. Jackson has triumphed in theater, television and film as an actor, and later as a producer. Throughout his career he has been a character in more than 40 films such as Pulp Fiction with Quentin Tarantino, the Saga of Star Wars, or Goodfellas with Robert de Niro are just some of the works where he has left his indelible mark. Candidate for Oscars and Golden Globes on numerous occasions.

Martin Lawrence was born in Germany in 1965 and moved to the US where he triumphed in the early 1990s with films such as Two Rebel Police, or From Thief to Police. He has also become a voice actor, director, screenwriter and producer.

Cuba Gooding jr . He was born in New York in 1968. His first big role was in the Prince of Zamunda with Eddie Murphy. More than 40 films endorse the great trajectory of another of the icons of Holywood. He won his first Oscar as an interpreter in Jerry Maguire, along with Tom Cruise. Outstanding in films like American Gangster with Denzel Whasington or Pearl Harbor.

Wesley Snipes , born in Orlando in 1962, also has a long film career that exceeds 40 films including Passenger 57 or The Assassin’s Trap.

Laurence Fishburne was born in 1961 and is especially known for his portrayal of The Matrix in the role of Morpheus, Mystic River with Clint Eastwood or Nightmare on Elm Street are some of the titles that have consecrated him on the big screen. Behind him he has more than 50 titles. Undoubtedly one of the most meteoric careers in the Hollywood industry.

Top 10: dresses that changed the history of cinema

Top 10: dresses that changed the history of cinema