We could probably make hundreds of articles talking about Android phone rankings more (here the adjective you want). However, I do not like that kind of content that almost always seeks to draw the reader’s attention and then grant him little. And of course, with this introduction, you will wonder what I do writing something like the 3 thinnest Android phones currently on the market. Well, there are two reasons why I let myself be tempted by the matter. The first of these are the type of companies that fit precisely in this top 3 of slimmest android phone in the market. The second, that probably see manufacturers move in that line in the next terminals, with which today may be a kind of role model in the field of Android phones.

So saying all this, probably what comes next will surprise you, because what you’re going to see as the best Android mobile bets in the market have little relation with those who are our day-to-day protagonists and those we see in the showcases. With anticipating that the best known of all is one of the terminals of the Huawei brand, I think I already give you an important clue as to where we are going. Do you dare to take a deep look?

Gionee Elife S5.5You probably have not heard about this brand in your life. Unless you’re a true fan of Asian smartphones, which by the way, have more and more followers around the world for the good value for money they offer. In any case, we are going to what concerns us. This phone that you see in the image can be considered unique since at the moment it is the thinnest terminal in the world with its 5.5 mm thickness.

What is not small, although the truth is that it is worth the reflection that they have started, why? If the Galaxy S5 or LG G3 were the thinnest, we would not be talking much more about them? It is true that in this case that is present in the Chinese market without much encouragement to open borders can influence, but I think there is still much to see in all these phones that come from the other side of the world.

For my personal taste the most beautiful by design of the three Android phones that today become our great protagonists. It is one that has become known more for Europe than the previous one. I refer in particular to Vivo X3, which in this case takes the silver medal to the thinnest Android mobile phone in the world. Its dimensions of 5.57 mm thickness leave it very close to what is currently the thinnest phone. And the truth, I recognize that before this one I would surrender.

And we finish our list today of the 3 thinnest Android phones on the market today with one that is sure to be more known by all. In fact, the Huawei Ascend P7 we already saw in our blog in-depth analysis and in comparisons with other terminals. Of course, the current bronze medal is not just for him, because there are others who share the same dimension. Even so, in this case, it comes to increase a little the dimensions of its predecessor. The Ascend P7 reached 6.5 mm, while the Ascend P6 set a record with 6.19 mm.

As you can see, all of them are in fact safe bets in the smartphone world, and little known for being the thinnest in the world. Today, we have given them their recognition, and I think it was worth it. 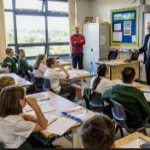 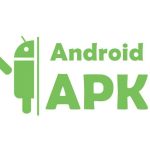